Parking Garage Chronicles: What LAZ Parking Taught Me About Empathy

Ok.  I admit it.  As cerebral as I like to think I am, I’m easily distracted by the new and the shiny.  Maybe my own inability to understand anything remotely hi-tech (which has reduced my MacBook to little more than a word processor, and my smart phone to the equivalent of a portable landline) has left me susceptible to being readily impressed by anything that seems to make life less challenging.

I’m that chick.  The one who’s always on the hunt for a hack.

Who will spend her hard-earned money ordering the “Angry Mama Microwave Cleaning gadget” rather than letting some vinegar and steam do the same damn thing for free.  I’m. That. Chick.

So I’d love to sit here and tell you that I regularly choose the mom and pop bookstores over Barnes and Noble; that I’d sooner hit up the neighborhood coffee shop than Starbucks, but, I’m not going to lie to you.  Not this early in our relationship anyway.

I like convenience.  I like “new and improved.”  And I love Coconut Milk Mocha Macchioatos.  Do I love them enough to get arrested while waiting for one?  F – O – H.  But, as long as the cops don’t come knocking, I’m generally good to go.  At least I was until earlier this week, when my pre-packaged, pre-seasoned, pre-cooked chickens came home to roost.

Now, before we start, you have to understand the following:  coming off of a 20-year stint in New York, I may have an atypical appreciation for parking; one that is not necessarily warranted or justified by my present surroundings.  Living in the NYC, parking was one of those things that literally dictated whether and where we went.  Like, “We can’t go there.  We’ll never find a place to put the car.”  Or, “I’m down to roll, but we’ll have to take the train cuz my rent is due and I can’t afford to pay for parking and housing.”

Having left NY nearly two years ago to return to the DMV, I no longer have to lie awake at night, plotting my routes of travel for the following day.  Regardless, I’m always keeping an eye out for parking.  Because old habits or old dogs or something like that.

Which is why I was so happy to find a LAZ parking garage right across the street from my neighborhood metro station (and, yes, I’m putting the company on blast in hopes that the CEO is a blog-reading, Curly-Gurl-loving fool).  It was perfect:  clean, secure, and four dollars.

Coming from New York, where we willingly pay $50 an hour to have complete strangers pull our cars into non-descript alleyways, THIS parking lot was a DREAM.  And, on top of the convenient location, it had some of the nicest people working for it.

Every morning, one of them would be sitting in the tiny ticket booth, shivering or sweating (depending on the time of year), waiting to greet me with a smile, and to exchange the money in my hand for the paper ticket I was to put in my windshield.  Those folks were the heart and soul of LAZ.  They were friendly and professional, and they made sure that our cars stayed safe.  If it was possible for complete strangers to make a morning commute suck less, these people did just that.

I had visions of whipping the whip into the lot without having to stop for someone to take my money, make change, or make small talk, and I – Was – Sold.  So sold, in fact, that, in that moment, I didn’t think what that ticket machine – that automated ticket machine – was going to mean for LAZ’s employees.  Nope.  In my self-absorbed haze, all I could see was more convenience coming down the Pike, and, as far as I was concerned, all was right with the world.

Several weeks later, I drove up to the lot to find a red-and-white striped, automated arm that raised and lowered on computerized command.  And, finally, FINALLY —

as I looked around and saw none of the men and women whose smiling faces had greeted me early morning after early morning — I felt bad.

Bad enough to stop parking in the lot?  Um… not exactly.  Because… convenience.  And safety.  And four dollars.  The lot had clearly been reconfigured by owners who liked money more than people, and who figured that convenience-loving commuters wouldn’t think twice about the change.  And, sadly, in my case, they’d been right. But that bitch Karma.  Ohhhh how she LOVES to make an appearance…

So, yesterday morning, having forsaken my fellow man, I headed out to the “new and improved” lot, and pulled up to the poorly placed ticket machine that either requires me to:  (a) scrape allllllll the paint off my driver’s side door to get close enough to get a ticket, or (2) put my car into park and STEP OUT to reach the dispense button (I’ll take, “You had ONE JOB” for $100, Alex).

So, of course, I stepped out and hit the “get ticket” button.  Several times.  Nothing.  No ticket.  No message.  No nothing.  I then hit the “Assistance” button.  Several times.  No assistance.  No reply.  Nada.  I looked around, but saw no one, because new and shiny.  So, having no humans to assist and no way to gain entry, I aborted mission, threw my car into reverse (after getting back into it, of course), and went searching for street parking.

Fast forward to this morning.  It’s raining.  It’s cold.  I’m running late.  All the makings of a terrific Tuesday.  Thinking back on yesterday’s “no ticket” situation, I prepared to drive past the LAZ lot to join the scavenger hunt for street parking when I noticed that the automated arm was raised and there was a man standing inside.  I slowed down, immediately recognized the gentleman as one who used to work for the lot, and got excited.  Maybe LAZ realized the error of its ways and decided to bring back HUMANS!

So, I rolled down my window and called out to him:  “Hi there!” I said with a big smile.  “Are you taking the money today?”  The man looked up, cocked his head, and gave me a steely side-eye.  “No ticket,” he said, walking into the lot.  Looking at the back of his head, I was confused.  But I also had to park.  So, I pulled in further, and called out to him again:  “No ticket?” I asked.  “No ticket,” he repeated over his shoulder.

My mind was muddled by the exchange.  But, trying to rationalize it all, I figured:  the ticket machine was broken and LAZ had hired my man back to wave people in (cuz, in my mind, those employees were gon’ be alright, dammit).  So… bet!  No ticket.  No payment.  Maybe this day wouldn’t be so bad after all.

Now, fast-forward another twelve hours.  It’s 8:30pm.  It’s still raining.  And I’ve had a SHITACULAR day.  I entered the lot, walked to my car, and, with thoughts of my couch in my head, drove to the exit.  DA FUQ?  The automated red-and-white striped arm was down.  Meaning it was engaged.  Meaning I had to pay to get out.  And I had no ticket because, when I drove in that morning, the arm was up and homeboy — the one with the “go fuck yourself” gaze — had said I didn’t need one.

Fighting against the feeling of dread, I pressed the “Get Ticket” button.  Several times.  Nothing.  I then pressed the “Assistance” button.  Nothing.  I even inserted my credit card, praying that the computerized piece of crap wouldn’t charge me some ridiculous amount to give me free.  Nothing.  Did I mention it was raining?  And I was standing outside my car depressing all those useless buttons?  Yeah.  Karma.  Here she go.

So, I reversed, pulled into a space, and parked.  I got out and walked back to the entrance, in search of a phone number.  Nothing.  I walked across the lot to the other sign at the other entrance (did I mention the rain?).  No number there either.  I ran back to my car and tried Google.  NOTHING.  So, now, it’s 9pm, an automated arm has me trapped in a lot, and I’m wondering if I’m going to have to pull a Fast and Furious to get the FUCK out.

But, before I inflicted massive amounts of damage on my car (because lease), I drove across the lot, parked near an adjacent hotel, and walked a block (DID I MENTION IT’S RAINING?) to the entrance.  I found the Concierge and asked him if the hotel has any affiliation with LAZ.  It didn’t.  But he took pity on me — because, by then, I’m sure I looked as sad and as soggy as I felt — and gave me instructions to maneuver my way through the lot to the hotel’s exit where he disengaged yet another automated arm to release me from my hi-tech hell. 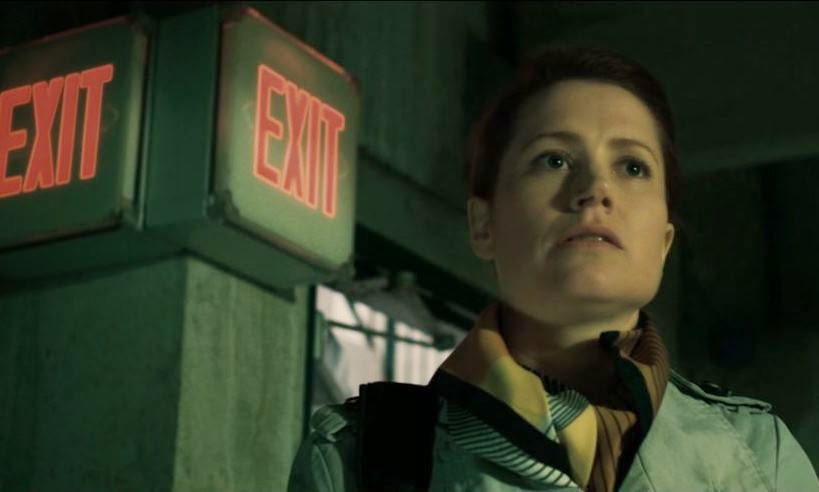 As I drove away, the irony wasn’t lost on me.  The “new and improved” lot had held me hostage, and a human had saved me.  And perhaps that right there is the lesson that God, with His scratchy robes and twine sandals, had sent his Apostle, Concierge Kevin, to remind me:  Mates Before Machines (somewhat akin to “bros before hoes” and “chicks before dicks,” but slightly different…).

The moral of this story?  Be mindful of the impact of technology on your fellow man.  In this day and age, with the advent of self-driving cars and shelf-stocking robots, remember that conveniences carry casualties; that we consumers can stand to shoulder some the effort if it means that others – particularly those who are less fortunate – will benefit; and that money talks.

Lastly, if you EVER plan to park in a LAZ lot, beware the ticket machines with no tickets; the automated arms with no pity; and the steely-eyed former employees with karma in their corners.

Read Next: Things Not To Say Over Forty And Childless

Welcome to the Curly Gurl Chronicles: Where my mental musings run the gamut from reflective to ratchet; refined to raw. Let us laugh, cry, snide-eye, and begin.
Share to Facebook
Share

Welcome to the Curly Gurl Chronicles: Where my mental musings run the gamut from reflective to ratchet; refined to raw. Let us laugh, cry, snide-eye, and begin.

I Didn’t Leave the Workforce, It Left Me: The Midlife Career Cliff

You can see how this popup was set up in our step-by-step guide: https://wppopupmaker.com/guides/auto-opening-announcement-popups/